Do you want to build trust and enhance your relationships in your community, workplace, intimate relationship, and even with yourself?

All of the people we coach would answer a very loud and strong, “yes.”

Focus on what’s strong; rather than what’s wrong.  That’s all that is required.

Last spring, I met Peter Kenyon from Australia (Bank of Ideas). Peter travels the world, speaking to organizations and working in communities to support them to believe in themselves. In doing so, they create meaningful change using the ABCDE model (Asset Based Community Driven Effort). Peter uses the phrase, “We need to focus on what’s strong; rather than what’s wrong.”

It’s so simple, yet application of it takes dedication, commitment, and hard work. Unfortunately, it is too easy to look at, talk about, and focus on the faults, inadequacies, and what we don’t have. It becomes habitual and definitely occupies many hours for citizens at the coffee shop. It happens in my own community of Sangudo, and others where I work.

When community citizens get together and have conversations about what’s strong (their abilities, talents, and resources), amazing results occur. We’ve experienced this in Sangudo, and I could give you dozens of other community development success stories.

It occurred to me that this exact same phrase has been powerful in my personal life. Years ago, my mind was continually filled with thoughts, and sometimes spoken words, such as:

Each time I would think/say those statements, they reaffirmed my smallness and insecurities. Through much hard, mental work I learned how to override these limiting thoughts and to utilize my strengths – to focus on what’s strong, rather than what’s wrong. As my self-confidence and self-esteem continues to increase, I am able to learn and accomplish things I would never have considered in the past. I experience great satisfaction, happiness, and fulfillment.

This phrase can also be powerful in a couple-relationship.

Like most couples, Carol and I went through a fun and amazing “honeymoon” stage. BUT, like most couples, the orgasmic bliss began to dwindle as I realized that Carol was not the perfect person I thought she was. I started seeing her faults and weaknesses. The more I noticed and focused on them, more appeared and they all became bigger. I was building a brick wall of guck between us. Each time I identified another weakness, I placed another brick in the wall. Over time, the wall became so big that I lost sight of Carol’s strengths, talents, and the amazing qualities she has – yet they were still there on the other side of the wall.

When I reflect back, I was actively searching for more weaknesses. In some sick unconscious way, I believe it helped me feel stronger or “right,” or justified in how I treated Carol. The ludicrous part is that Carol was making a big list of my weaknesses and building a brick wall too – a double wall of guck between us!

Any of this sound familiar to you? When you think about it, what bricks have you built between you and your partner?

Carol and I enrolled into intense personal development training and coaching. We did it together. I don’t think we’d have had the courage or long-term grit to keep on with this kind of work on our own.

With support, we realized that the bricks were our own made-up stories about the other person. We began to take the walls apart, one brick at a time. The bricks were heavy and it was hard mental and emotional work. Working together, it was much easier because we could support each other.

As we began to focus on what’s strong, rather than what was wrong, we began to see the real, genuine, loving, powerful human being on the other side. 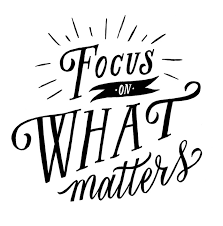 We’ve been working on this for years, and it still takes conscious effort to override the part of our brain that likes to go into old filing cabinets and find the guck. It’s weird, yet in times of stress or overwhelm, it can be too easy to fall into the old habits.

I invite you to consider that this is what you control. What your partner thinks, says, or does is not in your control, so you can let that go.

When, specifically, are you going to begin?

Every moment I am diligently focusing on what is strong in my relationship with myself and others. Thsnk you so much for all your love and support.

It’s great to hear from you, Amber. I appreciate you for your diligence – it makes a huge positive affect in so many ways.

Take care of yourself.

Servicing Edmonton, Calgary, Red Deer and ALL of Alberta, Canada

You'll be glad you did!

WE LOOK FORWARD TO WORKING WITH YOU