What is the most foundational component that affects your relationships?

Yeah, I’ve written many times before about it and it is equally important now.

Trust is the foundation for every relationship, in every area of your life, including your relationship with yourself.

The only way to create a more satisfying, fun, fulfilling, and successful life, is by building incrementally higher levels of trust every day.  This is especially important if you have an intimate relationship with a partner.

I’m going to share a basic understanding of neuroscience, which can allow us to have a simple, understandable dialogue about how you can make this work for your benefit, in all of your relationships – personal and professional.

The neuroscience behind this 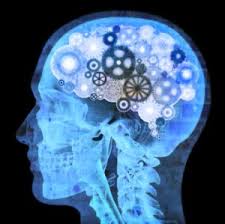 As humans, we have choice in everything we say and do.  However, there are deeper unconscious systems working within us that have a huge effect on our results.  Once we understand, and bring some of those unconscious systems into our conscious awareness, we can enhance our choice of thoughts, words, and behaviour, which dramatically affect the quality of our results in our relationship – at home, at work, and everywhere else too.

Scientists have discovered that we have not one brain, but actually five brains, or five centers, which are responsible for these unconscious systems and our ability to get-along with others – or not. (Conversational Intelligence)

Let’s look at just two of these brain centers, the amygdala and the prefrontal cortex.  These two centers determine the most critical question in every relationship, “Do I trust you?”

The amygdala is the sentinel in the oldest part of the human brain, often referred to as the reptilian brain.  This part of the brain is only concerned about physical safety. A long time ago, this was important because every situation determined, “Am I going to eat?” or “Am I going to be eaten?”.  It makes sense that this part of our brain responds much quicker than the younger parts of our brain because evolution has proven that those with a slower responding reptilian brain were eaten.

Some scientist assert that this reptilian part of our brain responds to our environment in 0.07 second – that’s less than a blink of an eye.

If the environmental situation seems threatening to the amygdala, we get an injection of cortisol, epinephrine and testosterone which prepare us to fight, freeze, flee, or appease. This assessment is made based on what we hear, see, and the energy within a 3 meter distance. Yup, all a person has to do is to get reasonably close to you, and your amygdala has them judged, “friend” or “foe”.

The prefrontal cortex, or the “executive brain” is one of the youngest parts of the brain.  It is responsible for engaging us in the outer world and the future. It allows us to rationalize information we have gathered through our various senses, explore inner and outer truths, evaluate, make conscious choices, have empathy, and to anticipate the future (foresight).

The prefrontal cortex is the part of the brain that is responsible for verbal communication.

This is also the slower part of our brain, taking a whopping 0.1 second to respond.

If the amygdala, with it’s lightening speed, has judged there is no threat, the prefrontal cortex initiates an injection of oxytocin, dopamine and serotonin, which are the driving forces behind our need for social contact.  Some scientists refer to oxytocin as the “love hormone”, because of its ability to make us feel valued, cared for, and in a state of well-being.

Could you use a bit more “love” in your relationship?

Have you ever had a time where you met someone for the first time, and before a word was said, you were “on guard”, uncertain whether you could trust the person?  That’s the amygdala and cortisol at work.

Have you ever had the exact opposite, where simply being close to the person, you had a sense that you liked him or her – there was a feeling of trust immediately? That’s oxytocin at work.

You and I have seen things happen in a relationship, where a rational, intelligent and valuable person jumps into a state of defensiveness, attack, maybe even verbal abuse.  You may have witnessed it and thought, “That’s not the person I know.”  You’d be correct in that statement, because the amygdala hijack has brought out a fighting savage, and the rest of the brain has become mush.

The secondary challenge is that cortisol and its partnering neurotransmitters hang around in the bloodstream for up to 30 hours.  The person you know could be gone for more than a day while their brain is in fight, flight, freeze, or appease mode.  And unless you are very careful, anything said or done may extend this.

I know this is true because I’ve been hijacked thousands of times – even yesterday.

What about you? Have you had the amygdala hijack lately?

Simply understanding this process puts you in a powerful position to consciously use the neuroscience as an opportunity to build greater trust in your relationships, especially the one with your partner.

Because of your foresight, you know when you are going into an interaction that may have some tension – the trust is low.  And you know your own “hot buttons” as well as your partner’s.

From your position, what might happen if you refused to push those buttons, even if you want to?

Immediately, it would send an energy of collaboration, and a desire to communicate effectively, which builds trust. Your partner begins to feel safe, valued, and cared for.

If your partner pushes your buttons, what might happen if you were aware enough to take a breath or two, long enough to allow your prefrontal cortex to kick into gear – to rationalize, ponder choices and consequences, empathize, and find the right words?

From that position, you would have the capability to become curious, to ask clarifying questions, to respond respectfully, thoughtfully, honestly, and to look for collaborative and innovative ways to resolve challenges.  Interactions like this build greater trust.

Understanding this is easy, application is hard mental work.  And it takes time to experience the results from your continual efforts.

Yet when you consciously, consistently, and persistently work to build trust with your partner, it will be worth the effort – guaranteed.

The amygdala hijack can be overcome – at least most of the time.

I’m curious to know, how will this neuroscience help you?

The biggest challenge is that it has to start with the only person you can control – the one who looks back at you in the mirror.

Very interesting and well written article Dan. I found it very insightful. Thanks for sharing

Thanks for reading this and for your comments, Michelle.

Servicing Edmonton, Calgary, Red Deer and ALL of Alberta, Canada

You'll be glad you did!

WE LOOK FORWARD TO WORKING WITH YOU